As part of a series of workshops engaging children in the art of social design, we held a session called ‘Reinvent your Neighborhood’ at the Makers & Co Festival in Amsterdam. The aim of Unexpect is to both to teach children new skills as much as to share the amazing inventions and designs children can create.
The 13 children, all of whom are members of the Weekend Academie in Slotervaart, ranged in age from 9 to 12. We kicked off with a creative energzier to get to know each other before introducing the topic of the workshop and getting down to mapping the different groups of people who might live in the neighbourhood including themselves and what their needs might be.

Mapping people and challenges in the neighbourhood.
The children named challenges such as old ladies with heavy shopping crossing the road slowly, the police who couldn’t catch the robbers due to slow cars, mothers wondering when their children would come home at night and boys who couldn’t play football because there was dog poo on the grass.
For inspiration we checked out a number of recent inventions such as Google Glass, 3D printers, Sugru (one of my favorites), and Smart Highways from Roosegaarde Studio. Then the children choose one topic to work on and set out to imagine a solution.

LittleBits
For protoyping we worked with LittleBits, while they are attraction in themselves, they are also quite an effective rapid prototyping tool. Some children preferred to just draw their ideas or work with clay, carton, straws or of course a combination. Thinking with your hands!

So what did they make?
My two favorite inventions probably would be the sound warning system for the dogs to keep them off the football field, for which the boys also made a prototype (using the littlebits sound senor and noise output). The other invention was for the mother worried about her children out late, through a repurposed phone, they could send coded light signals, red meaning ‘You need to come home now’ and green for ‘I am on my way’.

Other inventions included a park bench on wheels for the old ladies, an air canon for rubbish and a ‘friend house’ for children with no friends.

Thanks to Harriet Robijn my co-facilitator, the children of the weekend Academie and Mira de Graaf and Diana Krabbendam our hosts at the Makers & Co Festival.

More pictures of the workshop. Photographs by ACHT film & fotografie. 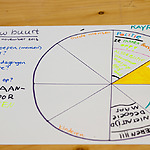 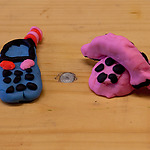 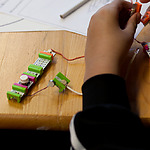 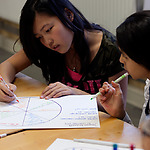 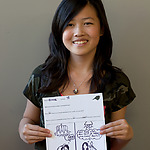 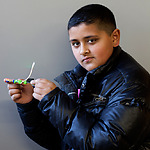