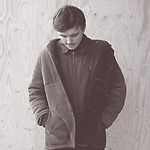 Born and raised in Snowdonia National Park, Joseff Murphy is a Welsh Designer and Visual Artist specializing in video and photography. His work often centers around people and culture identity. Constantly exploring with eyes wide open and asking to learn, Joseff welcomes the unfamiliar within differing cultures and new environments. By the utilisation of different mediums, his work bravely and consistently demands audience engagement. Without this, he believes change will never come about. His passion for storytelling and bringing people together often borders a playful and sometimes sinister approach, with the aim to liberate established concepts from what they are, into what they can become. At the forefront of each project he undertakes, lies his enthusiasm to investigate and highlight the goodness in a world, which is too often characterized as bad. He graduated from The University Of The West Of England with First Class Honours in Graphic Design (2015) and is currently based in Amsterdam.