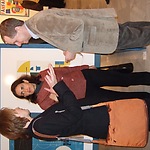 Our goal is to create bridges in creative industry between northwest and southeast Europe, by organizing exhibitions, events, seminars and workshops in which design plays a central role.

As we partly are based in Bulgaria, The Premsela Foundation asked us to organize side program for the opening of the exhibition "Golden Age of Dutch graphic design" in Sofia.
We asked Diana Krabbendam to explain about here experiences as a designer in the Netherlands and about the function of the platform for creative innovation.
With Heineken/Zagorka we did a workshop with students of the National academy of Arts in Sofia.
I think this was side program was a big success.

Last year we organized 'Just arrived' the first ever Dutch Design Exhibition in Bulgaria with, Ineke Hans, Demakersvan, Marcel Wanders, Bertjan Pot and Richard Hutten.
Suzanne Oxenaar from the Lloyd Hotel: 'When
Johan van Dijk of NLStudio told us he was organising
an exhibition on Dutch Design in Plovdiv, Bulgaria,
it only seemed fitting to ask Bulgarian designers
what they would take with them in their suitcase to
Lloyd Hotel now'. At the outset, Lloyd Hotel was an emigrant hotel. In the 1920s and 30s among the emigrants that stayed here, there were a lot of Bulgarians. Lloyd Hotel was their last stop on the European mainland, before crossing over to South-America.

The products we had selected for the project, represented all works of crafts to show a local identity. Bulgaria still has a vibrant crafts industry, with a rich cultural heritage. The exhibition at the Lloyd Hotel in Amsterdam showed the relations between Bulgarian crafts and contemporary west European design. During the opening of the exhibition, I gave a lecture and explained the relation between every exhibited Bulgarian crafts’ product and its counter contemporary design object.

With the modern design products used in our everyday life, we often have forgotten the products predecessor. On the other hand, there is a very interesting development going on were western European designers show huge interest for crafts. It results into a translation of crafts produced products or applying crafts techniques in a modern design.

The next exhibition of “Just arrived” will take place in Plovdiv in September again. It will show more about the relation between Bulgarian crafts and contemporary design. 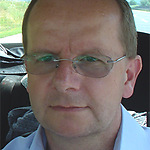 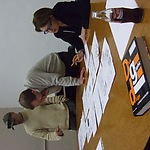