Fleece fabric sculptor and filmmaker Erik Alkema calls himself a visual storyteller. With his sculptures, installations and drawings he has been exhibiting all over the Netherlands and abroad. Next to that he has been teaching in different art schools, curated exhibitions, organised events and parties and ran a gallery for while. He made a couple of music videos, a documentary film and collaborated in theater productions.

In recent years he re-discovered his fascination with socio-antropology, which he studied for a while before attending art school. His work became more research based and a mix between journalism and art. Portraying, mainly, the Netherlands, foccusing on people, area’s and problems in the margins of society and out of view of the mainstream media. With the idea the idea that you can read the society best where it doesnt really work and that there is a whole exotic world to discover just in your back garden.

After initiating and organising two big participation projects in which he made two films in co-creation, first with a group of elderly people from Rotterdam and then with a group of young adults with serious debt problems in Amsterdam, he founded Visto Prodo. An organisation which will research social issues by aiming to give people connected to that issue, the artistic and film-vocabulary tools to tell their own unheard stories and let them be subject and maker at the same time. 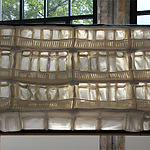