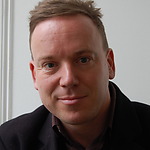 Geoff Mulgan became Director of the Young Foundation’s precursors (ICS and MAC) in the autumn of 2004 and oversaw the Foundation’s launch in 2005.

Between 1997 and 2004 Geoff had various roles in the UK government including director of the Government’s Strategy Unit and head of policy in the Prime Minister’s office. Before that he was the founder and director of the think-tank Demos, described by the Economist when he left as the UK’s most influential think-tank. He has been chief adviser to Gordon Brown MP; a consultant and lecturer in telecommunications; and an investment executive. Geoff began his career in local government in London where he pioneered policies to support creative industries that have been emulated all over the world. He has also been a reporter for BBC TV and radio and a columnist for national newspapers. He has lectured in over 30 countries and is a visiting professor at LSE, UCL and Melbourne University, and a visiting fellow at the Australia New Zealand School of Government.

Geoff is a board member of the Work Foundation and the Design Council, chair of Involve (a charity bringing together practitioners in democracy and public engagement) and member of the International Steering Committee of the Program of Innovations and Excellence in Chinese Local Governance (IECLG). From late 2006-8 he will be chairing a Carnegie Inquiry into the Future of Civil Society in the UK and Ireland. He has been involved in the design and launch of dozens of organisations – ranging from the first plans for what later became Learndirect to the establishment of the Social Exclusion Unit and Job Centre Plus.

Recent publications (other than those published directly by the Young Foundation):