FairPhone is the first collective, non-profit mobile phone producer in the world, designed by the world; just the way it should be. Everyone, from Europe to Africa, can participate in creative challenges on the FairPhone website. From designing your favourite phone to promoting the final product.
The online platform offers information about the production process of mobile phones and to give voice to the plights of the Congolese mine workers. The goal of the website is to collectively find a solution: everyone can participate in the creation of a FairPhone.

The FairPhone initiative wants to bring a fair mobile telephone to market – one made entirely of parts produced and utilised without harming individuals or the environment. From batteries to sim cards to covers: everything should be fair. Anyone can join Fairphone to help achieve this goal - individuals, businesses and organisations to funds and bloggers.

What are FairPhone’s priorities?

FairPhone focuses not only on the graphic and technical design of fair telephones. It also works to increase the market demand for fair phones. It also studies, illuminates and avoids situations that would hinder the fair use of fair phones. Situations such as the hazardous working conditions and the low pay of mine workers in Congo. FairPhone approaches the destination of fair mobile telephones one step at a time.

Consumers should at least be able to have the choice of purchasing a fair mobile phone, but at the moment that choice is not available. Nor are there fair versions of laptops, MP3 players or portable game consoles. The most common argument used by the consumer electronics industry as to why there are no certified fair electronic products is that the production chain is too complicated and insufficiently transparent. The industry claims that it cannot even monitor activities three steps back in its own chain, and has absolutely no insight into the route from mines in Africa to the processing facilities and production plants in Asia. FairPhone thinks that it is possible to gain that insight.

How did FairPhone start?

FairPhone started at the very beginning and is still working on improving it by investigating the production of raw materials for mobile electronics, such as telephones, and parts, such as rechargeable batteries. Mobile telephones contain more than 30 types of metal, including copper, cobalt, coltan, tin, gold, nickel and tungsten. Most of these raw materials come from Congo. In the province of Katanga alone, an estimated 150,000 people work in the mines, including 50,000 children and young people, some as young as seven. FairPhone wants to find another way to produce the necessary raw materials by finding fair mines or investing in their creation and by recycling the raw materials.

How will the world’s first fair mobile phone be realised?

Everyone can join in on the initiative. Whether it is the promotion of FairPhone or the graphic- and technical design of the world’s first fair mobile phone. The designs created by the FairPhone community will initially be used to develop prototypes, which will serve as the blueprints for large-scale production. Businesses and organisations can also support the project by guaranteeing purchases of the phones or by contributing money or knowledge to the investigation of the production chain.

Who are behind FairPhone? 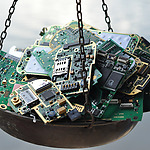 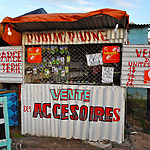